In our regular focus on the regions, the four Yachting New Zealand regional support officers take a look at what has been happening in their areas. 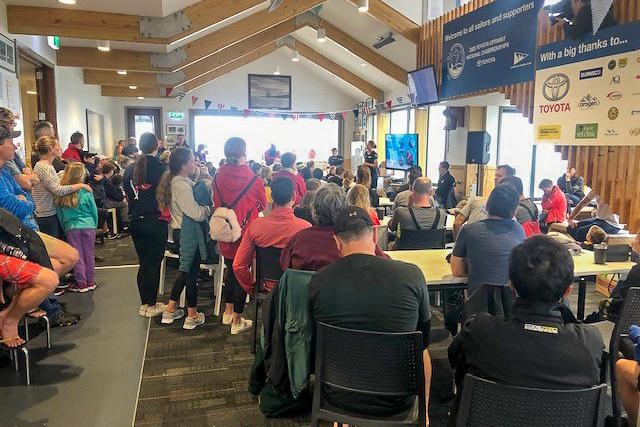 It might not have been possible to go racing on day three of the Optimist national championships at the Worser Bay Boating Club recently, as up to 50 knots raged outside, but it presented the perfect opportunity for Yachting New Zealand's Rosie Chapman and Sam Mackay to present a sailing pathway seminar to the sailors and parents.

It was well attended and covered the many and varied opportunities available to young sailors in the sport and wider industry.

One interesting question Rosie put to the sailors was: “how many of you play another sport as well as sailing?” As many as 80 percent of the children answered in the affirmative, which was great to see because it illustrated there is some balance within the group.

Various Yachting New Zealand staff will deliver the pathway presentation at events around the country so look out for one near you. 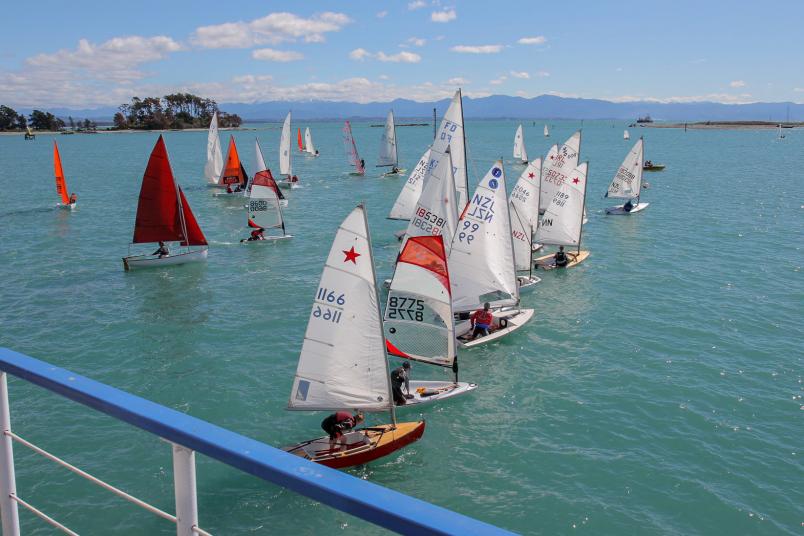 The Nelson Yacht Club have just caught breath after hosting a successful Starling national championships but have plenty of other events to look forward to this season.

It doesn't stop there, because the club will then be hosting the Kite Foil national championships over Waitangi weekend.

The Nelson Yacht Club will soon welcome three new RS Fevas, thanks to The Pub Charity Ltd, The Lion Foundation and a bequest from Peter Milne. 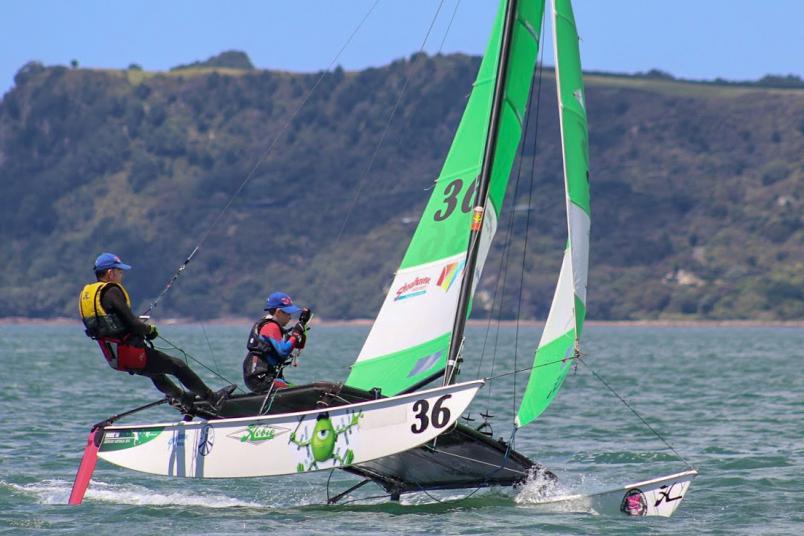 Despite a Covid-interrupted year, the second annual running of this multihull event was even bigger and brighter than the inaugural event sailed in 2019.

Competitors travelled from as far afield as Picton, Kerikeri, Christchurch, Auckland, Tauranga and Rotorua to experience the warm hospitality and superb organisation from commodore Jonathan Kline and his formidable team of volunteers from the Mercury Bay Boating Club.

Last year's inaugural Double Trouble regatta attracted 13 boats so the 35 boats this year showed the increasing popularity of the event.

Lovely summer weather conditions prevailed over the weekend with four races on the Saturday in very shifty and variable conditions, keeping all competitors on their toes (or in some cases in the water) with a further two races sailed on Sunday morning in pleasant 5-10 knot W-SW winds.

All competitors agreed that the regatta and atmosphere over the weekend was superb, and they all expressed their interest in returning in 2021 and maybe even sooner if Mercury Bay decide to host another regatta for their class. 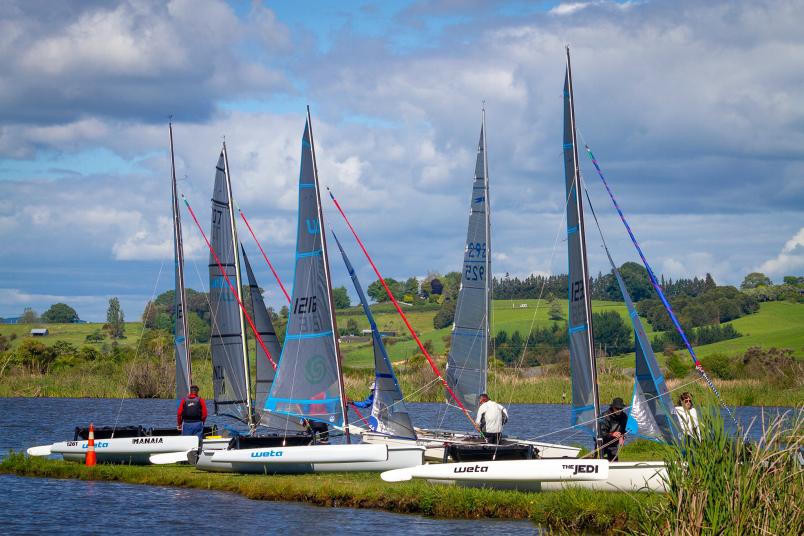 The Ngaroto Sailing Club have had a busy start to their season hosting the Hansa 303 North Island championships last month, the Trailer Yacht Sprints in early November and last weekend the Paper Tigers and Wetas.

Derek Scott had a great regatta in the Paper Tiger class, with only a second place in race five blemishing a perfect score. Hayden Percy was second followed by Scott Peterson. 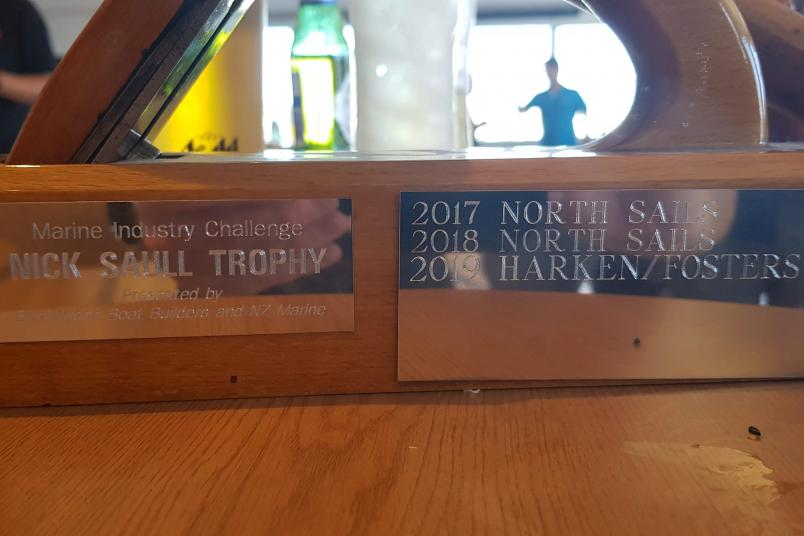 This annual Marine Industry Challenge took place recently and saw some competitive racing in the MRX class as the teams fought for the Nick Saull Memorial Trophy.

The event is organised by the New Zealand Marine Industry Association each year and invites teams from any of their members to compete.

Saull owned Brin Wilson Boats in Gulf Harbour and was tragically killed at sea in 2016 on a delivery trip to Fiji. He was a regular participant in this event with his team from Brin Wilson Boats. 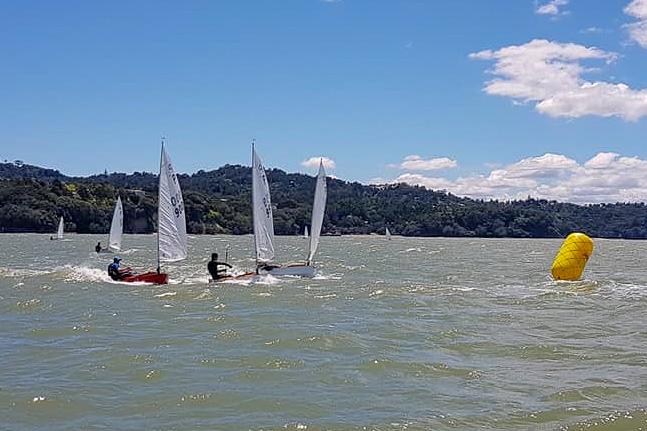 It claims to be Auckland’s friendliest yacht club and French Bay Yacht Club certainly did a stellar job of hosting the P-Class Auckland championships last weekend.

While French Bay (which nearly doubled their membership in the last sailing season) have only two P-Class sailors at the club, they took on the mission of hosting the regatta, headed by Cameron Grey and Glen Schussler. About a dozen others, including young volunteers from the club’s youth fleet and race officer Dave West, joined them.

As many as 20 P-Class sailors took part, with Joe Leith from the Murrays Bay Sailing Club getting to grips with the west coast sailing and tidal Manukau Harbour to take out the title. He finished ahead of the Kohimarama Yacht Club pair of Sean Kensington and Fred Burrage.

Parents enjoyed watching in the sun from the club’s outdoor deck and enjoyed good, old fashioned club hospitality during racing.

There are plenty of events going on around the country, particularly due to the interruptions caused by Covid-19, and here's a sample of things happening in the top half of the North Island: