It was a pleasure to be invited along to the Bucklands Beach Yacht Club's prizegiving on July 25.

This was the annual prizegiving for juniors in the centreboard side of the club to receive their learn to sail certificates and also for the more experienced juniors who won trophies across the various classes from club racing over the season.

The highlight for me was the engagement that BBYC have formed with the wider Asian community in the area, and this was seen in the large number of children graduating from LTS from the Asian community.

A key driver in this has been the appointment of Wayne Huang onto the BBYC board as rear commodore. Wayne has been instrumental in reaching out to the community and revitalised the number of kids coming into the sport through the club.

Another of the club's rear commodores, Dave Helg, was MC for the prizegiving and also talked about some of his experiences from being a parent to his son Nicholas Drummond, who is a very successful junior sailor at the club.

Nicholas then went on to talk about his experiences along his sailing pathway and how he has made friends all around the world when representing New Zealand in both the Optimist and RS Feva classes.

It was also great to speak to Bruce Kendall (two-time Olympic medallist and Howick local board member) at the prizegiving, and to hear how BBYC are wanting to develop the Grangers Point facilities and adjourning beach into a community ocean sport and marine education facility. See the story published in the Times Online in March 2020.

Thanks to newly-appointed commodore Sara Poore and the BBYC team for their hospitality and for inviting me along. We look forward to supporting BBYC in the future with all their great plans and initiatives.

The old and new of Queen Charlotte Yacht Club

Sunday marked an emotional goodbye and a new beginning for the Queen Charlotte Yacht Club when a large crowd gathered after the club's AGM to farewell the old clubhouse.

This building, which was formerly an army building, was moved to the Shelley Beach site in 1945. Until recently, it was the hub of club and many previous members turned up on Sunday to reminisce about the good, old sailing days. A few of the old photos on the wall of the new clubrooms helped keep the stories going.

The club's burgee was lowered by Ian Gardiner and Louie Poletti and handed to Dianne, who is currently championing a group of previous members and is often seen watching the sailors' last race on a Saturday afternoon.

Dianne and others will now have the comfort of their new clubrooms to watch new batches of sailors enjoying the Marlborough Sounds. 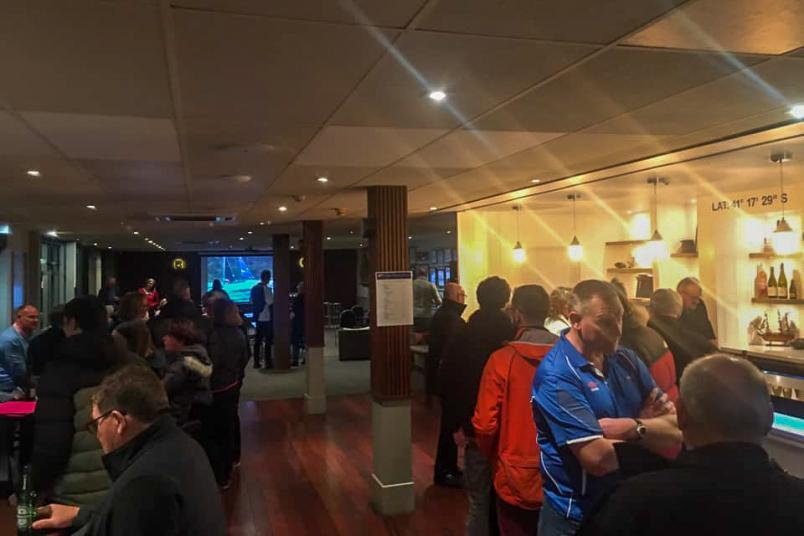 The Royal Port Nicholson Yacht Club hosted the first of their Speaker Series evenings last Friday night, which attracted a great turnout to listen to club members talk about their experiences in the two-handed Round North Island Race.

This was the first of a series of six speaker evenings planned over the next few weeks, and will cover a wide range of topics including a rum tasting evening not to be missed. Next week's topic looks at Cruising Malaysia on Cucci.

With the club taking back over their Wardroom bar, the Speaker Series are a good incentive to get people back into the club on a Friday evening. 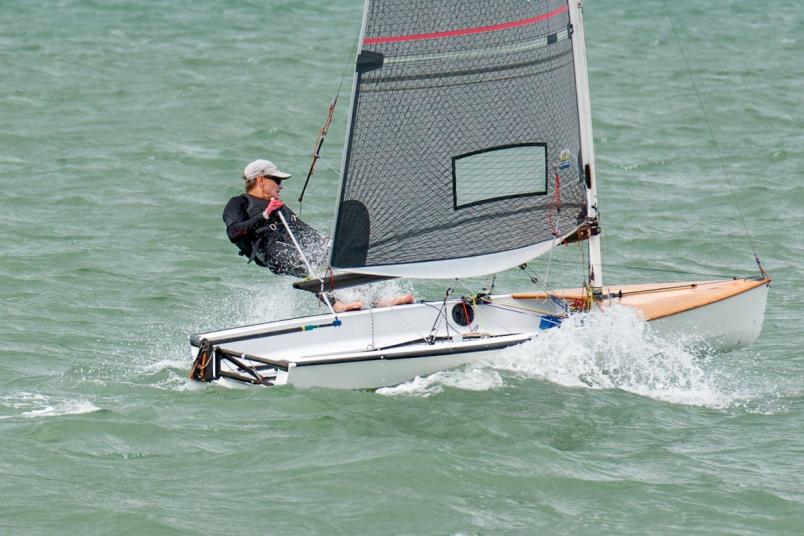 Derek Snow dominated last weekend's Auckland 3.7 Championships at the Waiuku Yacht Club, which provided the best sailing conditions and most competitive regatta of the year so far.

Snow won five of the six races with his 'worst' performance a second meaning he finished with the perfect score of five points, four ahead of Paul Carpenter in second.

Some competitors made the trek from Hamilton and Tauranga and they enjoyed sheltered water with a comparatively stable south-westerly breeze of 8-12 knots.

It provided nice trapezing conditions with enough stability in the breeze for Mike Jones to be seen trapezing with one hand controlling both sheet and rudder and the other arm hanging loose. It was noted that he also capsized twice.

Graeme Powell took part in the ex-Tony Fausett boat #415. Powell previously sailed an R Class but always had a hankering to get a 3.7 and showed good speed for a 'newbie', improving noticeably between race one and race six.

This series was sailed with the Finn Masters, who had a fleet of 20 boats on an adjacent course.

Results and standings from the Auckland 3.7 Championships at the Waiuku Yacht Club: