Sean Kensington sailed the P Class he helped build to become the latest to do the Tanner and Tauranga Cups double at the Charteris Bay Yacht Club last week.

The talented youngster, who turned 14 in the middle of the regattas, built the P Class Eazy Peazy last winter with his father Andy.

It is clearly a fast boat, as Kensington won all six Tanner Cup races and then six of the nine races in the Tauranga Cup to join a list of well-known sailors who have done the double which includes the likes of Jimmy Gilpin (three times), David Barnes, Chris Dickson, Jon Bilger, Simon Cooke, Paul Snow-Hansen, Carl Evans, Tom Saunders, Isaac McHardie and Blake McGlashan.

"I was pretty happy, especially as it was my last season in the P Class," Kensington said. "I have been trying to do it for a while now."

Kensington first competed in the Tanner and Tauranga Cup four years ago, and won the Tauranga Cup, which is the national championships, in 2019. The Tanner Cup is a provincial competition and typically has fewer entrants.

"There was a bit more pressure on me this year," said Kensington, who also won last year's Optimist national title. "When I won the Tauranga Cup a couple of years ago I didn't expect to do well. I was really just looking to have some fun.

"I put more pressure on myself but I just stayed calm the whole time and didn't overwhelm myself with anything. It went pretty well - better than I had hoped for actually. It's been a successful period for me because it was also my last season in the Opti. It was good to wrap them both up with a win." 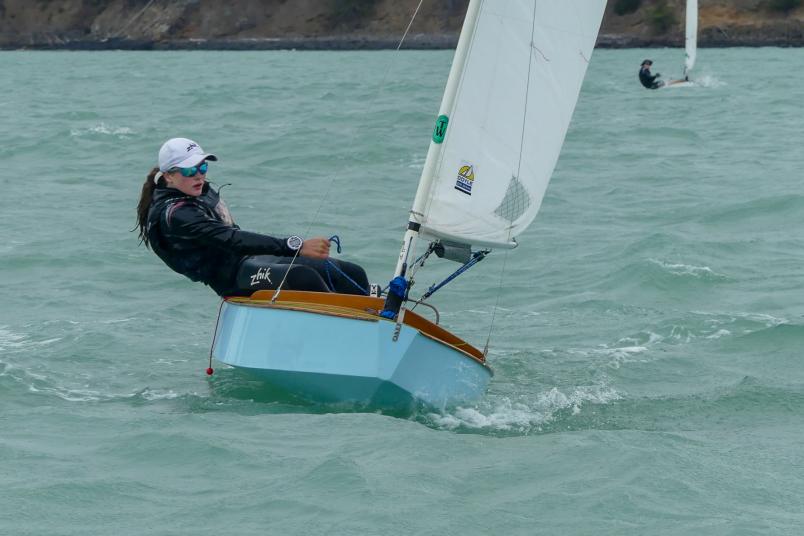 The competitors enjoyed some glamour conditions at Charteris Bay over the first three days, with easterly sea breezes that built steadily throughout each day before a south-west change brought shifty and gusty winds for most of the final two days. The Charteris Bay Yacht Club also ran an "awesome regatta" with plenty of social activities adding to a great atmosphere.

There was a strong Auckland contingent competing and their trip was made easier by the fact 16 boats were shipped on a 40-foot container delivered by Oceanbridge with assistance from the Auckland Yacht & Boating Association.

Kensington will now switch his attentions to the 29er, and will team up with Elliott Bacon for the Auckland championships at the end of the month. His immediate ambition is to "hopefully be a competitive 29er sailor" but he's certainly built the foundations to do that.

Results and standings from the Tauranga Cup at the Charteris Bay Yacht Club:

Results and standings from the Tanner Cup at the Charteris Bay Yacht Club: