The Young 88 fleet provided some of the most exciting racing in last weekend's first race of the Lewmar Triple Series, with the first three boats finishing within 38 seconds of each other after nearly 10 hours on the water.

A record fleet of more than 175 boats lined up across 10 divisions for the Lewmar 60, which saw competitors sail to the Whangaparoa Peninsula via Motutapu Island and return. Boats were sent off in three waves with the Baltic course 38 nautical miles, PIC course 52 miles and Doyle course 65 miles.

"It was great to have so many entries," race director Jon Henry said. "Our SSANZ membership is up so we are offering the yachting public what they want at this time of year. It's a lot easier to find one other person to go sailing with. It's a good vote of confidence for the committee."

Activator in the Baltic 4 division (38nm) was first home in six hours, seven minutes and 16 seconds. Wired took line honours in the Doyle Sails 1, finishing in 7:41.01, but Mayhem, who were only 58 seconds behind on line, took out handicap honours.

The last yacht, Odyssey V, crossed the finish line at 11.30pm, which made for an early night for organisers.

"It was a long day but we expect to be out all night," said Henry, who said the cutoff time was 8pm on Sunday evening. "We were back at Westhaven by midnight which was an early finish, especially considering the late start [when we were delayed by an hour waiting for the breeze to fill in]. We've definitely been out when the sun is coming up." 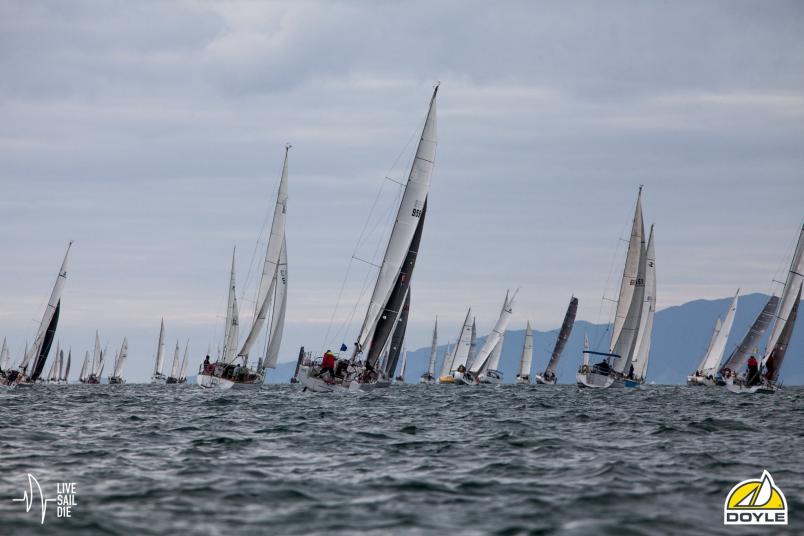 The Young 88 fleet racing on the PIC course provided the most exciting finish, with three boats finishing within 38 seconds of each other and a fourth (Dangerzone) only 42 seconds further behind.

Flash Gordon took out line honours ahead of Mindbender and War Machine but Mindbender came out on top on handicap.

"It was a bit busy on the finish line," Henry said. "They probably weren't ideal Young 88 conditions but they obviously had a really good battle."

Twelve boats retired from racing, including Lucifer who struck rocks off Waiheke Island and could be in doubt for the second race of the series, the Lewmar 100, on August 1.

"We usually get the biggest fleet for the last race because people who have been following the series want to give it a crack and the weather has usually warmed up as well," Henry said.

Full results from the first race of the Lewmar Triple Series here.