It was a chance meeting Sara Poore had during rum racing one day that sowed the seeds for change at the Bucklands Beach Yacht Club.

Clubs have historically aimed to connect with and engage their community, and it is part of the strategic plan at Bucklands Beach, but they found they weren't achieving this, one reason being the high local Asian demographic.

Poore was vice commodore two years ago when she happened to be on a yacht with Wayne Huang, who had owned a launch for 12 years, was a member and had expressed an interest in learning to sail.

"By chance, I was on that boat and we got to talking," said Poore, who is now club commodore. "We were struggling to connect with the diverse ethnicity in our area I said to Wayne, 'We need your help. We will teach you to sail, but we need your help to connect to our Asian community.' And he very willingly said he would.

"We realised that our community has changed hugely in 20 years to the point the local primary school, the school I went to, now has a 42 percent Asian role. They are first generation New Zealanders but their parents basically do not go boating, often can’t swim and have very little English. The language issues and not growing up with the sea meant they were not being encouraged into sailing so, as a club, we realised we needed to connect with them and their parents. If we don’t do that, we are suddenly going to exclude 40 percent of our community which does not fit with our strategic goal of remaining connected to our community." 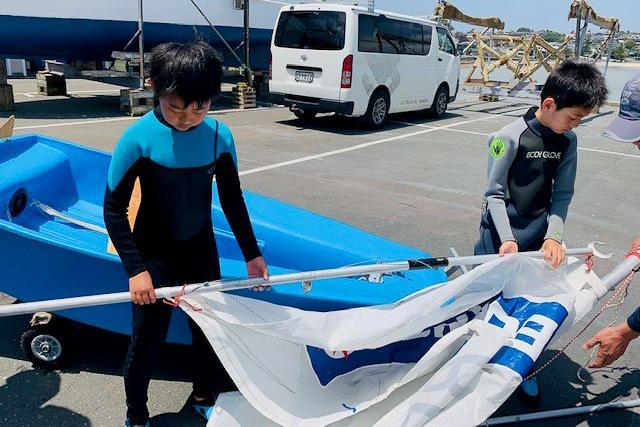 An information evening was set up on the club's junior learn to sail programme and details of the evening circulated on Chinese social media. As many as 120 people attended and Huang, who is now a rear commodore, translated and explained what the club could offer. The enrolment into courses was strong.

He then translated for parents during coaching sessions on the beach and parents were taken out on club RIBs so they could see what their children were doing and learn themselves.

"We feel that if the parents understand what they are doing, they will be more willing to encourage their children to keep going," Poore said. "If a child comes home from school and says they want to go sailing and parents don't understand what that means, they're less likely to agree. This way they can understand and see what is going on."

The programme has been so successful that 60-70 percent of the recent intakes of those learning to sail have been Asian.

The club offered limited three-month memberships for parents of children participating in learn to sail courses to encourage them to use the club facilities. They have also planned a themed Asian event and will continue with the translation support at club boating information evenings. They were even hoping there might be a Mandarin commentary of next year's America's Cup so they can screen it at the club. 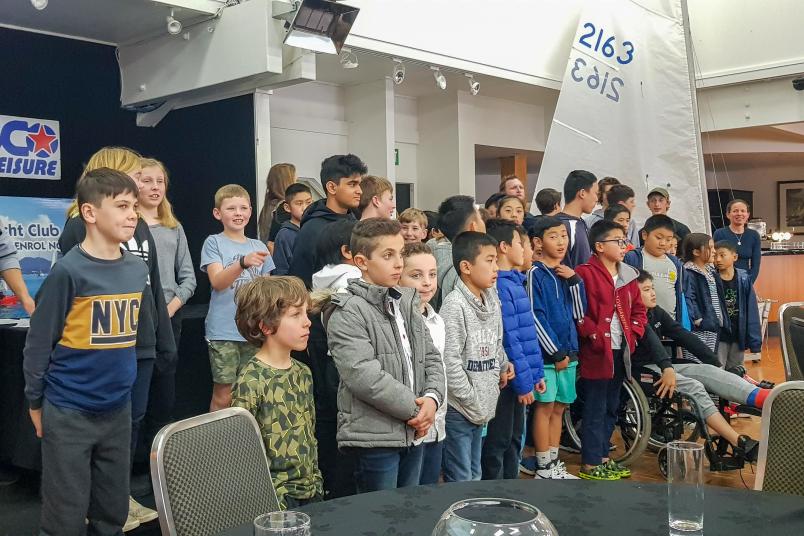 Graduates of a recent learn to sail course at the Bucklands Beach Yacht Club.

Bucklands Beach might be this country's second-largest yacht club, with more than 1000 members spread across their keelboat, launch and junior activity, but the strength of that will be in jeopardy as the membership ages if there is no deliberate strategy to stay connected with the local community.

Poore admits that not every local area in New Zealand has such a diverse population but encouraged other clubs to better understand their community.

"I think it takes people at the top table to want connect with their community. If you are committed to doing that as a club, you need to think about how to do that. Where is the next generation of our sailors going to come from?

"The whole way we are doing things is changing and yacht clubs need to think about that. Parents don't buy boats as much now because of storage issues and having cars with towbars but are willing to hire or lease boats. Whatever it is to get your next generation of young sailors, the clubs need to look at their particular situation.

"We're trying to set up basic boating education evenings and bring in people with language skills to translate to make it more accessible. It’s a huge step for our club and membership. Our thinking is that if we provide opportunities to teach our community about boating and the water, they are more likely to go sailing and powerboating, and the kids will go sailing."